RECEIVE ENTERTAINING TIPS AND DESIGN INSPIRATION STRAIGHT TO YOUR MAILBOX!

This recipe for French Baguettes is quick and simple. Have beautiful, crusty fresh bread in less than an hour!

Have you ever tried making French Baguettes? To be honest, I am not a bread maker. But, there has always been something intriguing about the french baguette and I decided to try my hand at making them.

This recipe is easy and I promise you can make it! It requires no special skills, and little time.

When I was researching french baguette recipes, there were so many options out there that ranged from 3 days to a few hours. This version came from The Food Nanny, but I found her version produced very large, dense baguettes, so I adjusted it a bit.

This recipe makes four of the perfect sized mini baguettes. They aren’t tiny, but perfect for sharing a meal. And, in creating smaller baguettes, the bread isn’t as dense.

I love wrapping these up in parchment paper and tying with bakers twine to give to friends or neighbors.

Make these French Baguettes with some yummy soup. I love my Vegan Coconut Curry Lentil Soup and I am currently obsessed with this Chicken and Wild Rice Soup from Gimme Some Oven. Is there anything better than crunchy bread and soup?! I think not.

The first step in making this French Baguette recipe is one of the most important ones. We have to activate the yeast in order to create the dough.

Place 2 packets of yeast in a bowl. Add 1 tsp of sugar and 1/2 cup of warm (100-115 degrees F) water. Stir just to combine and then cover with plastic wrap or a damp kitchen towel.

After 5 minutes you should have a bowl of fluffy, foamy yeast. If you don’t, start over, because the yeast has not activated and your bread will come out too dense.

Add your flour, salt and remaining sugar to the bowl of a mixed fitted with a dough hook. Add in the activated yeast mixture and gradually add the remaining cup of water. You may need more or less water than in the recipe. You want the dough to be somewhat wet so that you can add more flour when kneading. Mix until dough becomes shaggy.

Then turn the dough out onto a floured surface and knead until it is elastic and smooth. For me, this took maybe 5-7 minutes.

Divide the dough into four equal sections. This will make 4 mini french baguettes. Or if you would like more substantial baguettes, cut into two sections.

Roll the dough out with your hands into the shape of a baguette. Place on a baguette pan.

Creating Designs on Your Bread

One of the arts of bread making is creating a pretty design for the top crust. I’m sure you’ve seen all of the beautiful breads baked during the past year on Instagram.

By scoring the top of the bread, you allow the dough to expand without cracking and also create a pretty crust at the same time!

Rather than leave the top plain with just a score down the center, try something different. Create diagonal ridges by slashing the bread at a deep angles. Or try this search: French Baguette Crust Designs and click on images. There are so many great ideas out for these creating beautiful baguettes!

I am still perfecting my technique 😉

Once you have shaped your dough into baguettes and scored the top, it time to let the dough rise. Top the baguette pan with a dish towel. Place in a warm spot and let it rise undisturbed for 30 minutes or until it has doubled in volume.

Now it is time to bake up your French Baguettes!

How To Get A Golden Crust On French Baguettes

The key to getting a golden crust on your French Baguettes is all in the baking. Place a shallow pan filled with water in the bottom of your oven and preheat to 450 degree F. This will create the steam necessary for creating the perfectly golden, crunchy crust on your bread.

Dust the tops of your baguettes with flour and place in the oven.

Bake for 15 minutes or until they are hollow sounding when tapped with a knife. I had to adjust the timing because of my oven. But bake until the tops are golden and have that hollow sound when you tap them.

How To Heat Up Day Old French Bread

Now, since this recipe makes four perfectly sized mini baguettes, you may have some leftover. If you do, don’t fret. This method for heating up day (or two) old french bread crips up the bread and makes it crunchy on the outside and warm and soft on the inside!

Heat your oven to 300-350 degrees F. Place the baguette in the oven right on the rack. Heat for 5-8 minutes. Then serve warm. I swear this method makes these french baguettes taste like they were just baked!

The DIY Mommy // Everything Bagel Focaccia Bread with Truffle & Honey 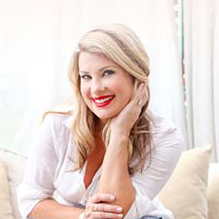 Follow me
ashley
Hi I’m Ashley, wife and mom of 2 young kids. Here, I hope to inspire you by sharing my favorite home decor ideas, easy DIY projects and simple but delicious recipes (sometimes they are pretty healthy too)!

Follow me
Latest posts by ashley (see all)
60Shares 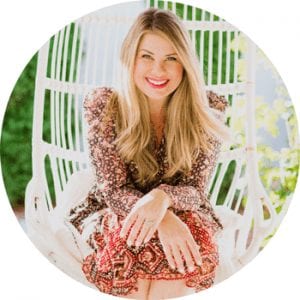 Hi! I’m Ashley, small business owner, wife and mom to two young kids. I own a clothing and home decor store called Flaunt. When I am not working at the shop you can find me here sharing my latest home decor ideas, easy DIY projects and simple but delicious recipes!

I started Modern Glam in 2017 and since have contributed to and been recognized in HGTV magazine, Elle Decor, Country Living, Real Simple, The Cottage Journal, Style Me Pretty Living and more. 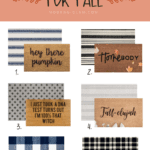 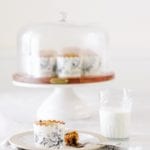 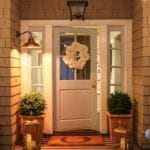 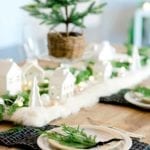 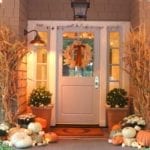 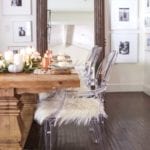